Poem: Those Darn Pink Shingles (Dedicated to the Nome Cam)

This year, through the wonders of the internet, Iditarod fans were able to access a camera on Front Street in Nome, Alaska, to watch the finishers of the race. Not only could we access it, but we could actually steer it. This caused much frustration at times, especially because if we steered it too far, all we saw were pink shingles on a building in Nome.

When a favorite musher was due to finish, the fans would gather in a chatroom to fellowship while we waited. But while we chatted and snacked, often we'd end up yelling at the computer because some incompetent camera operator (who sometimes was yours truly) would turn the camera to face "those darn pink shingles."

So in honor of those shingles, I wrote a poem:

We’ve got the Nome cam, the gang’s all here,
With plenty of cookies, brownies and beer,
Tea and lemonade, pretzels and Pringles,
But all we can see are those darn pink shingles.

How can I see all the users in chat?
Just click the little man, can you see that?
I don’t have a man, does that mean I’m single?
Oh, no! Now the cam’s on those darn pink shingles.

Look under the arch, see the big mob.
Now gee the camera, that’s a good job.
A musher is coming, I’m starting to tingle.
Aargh! Move the cam off those darn pink shingles.

Look down the street. Is the dog team in sight?
I think I see them. All right! All right!
I can hear the dogs panting, can hear the tags jingle.
But now all I see are those darn pink shingles.

Who’s that leaning against the burled arch?
Is that Lance or Libby or Paul Gebhardt?
Look at the mushers and fans, how they mingle
But now all we see are those darn pink shingles. 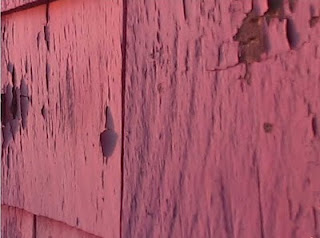