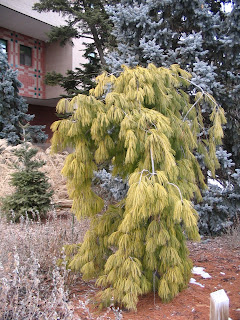 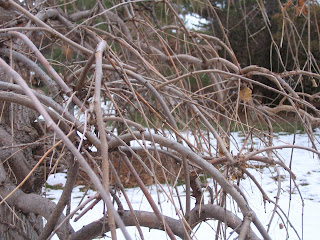 This one is a weeping mulberry. It makes a great canopy in the summer. Kids can't help but run underneath. In the winter, with the leaves gone, you can focus on the branches, which intertwine in a fascinating way. 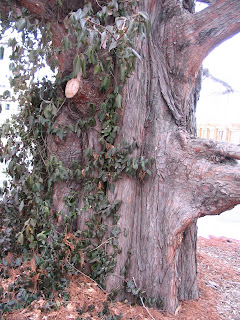 The baldcypress has the distinction of being one of the few deciduous conifers. (Another one is the larch, but it doesn't usually grow around here). The vine growing on it makes a great touch. I have no idea why it is still green in the middle of January.